In 2017, The Aurum Project had a busy and satisfying year including: collaborating with the Your Health Your Choice campaign and the Australian Homeopathy Association; the Just One Drop Film; The Moving Artwork Dress received accolades wherever it appeared; our website won an award; many successful events were run by our members; our Facebook page hit 4,ooo; we had two articles published; The Autism Support Project neared completion and is almost ready to launch; The Homeopathy Book Barn started selling books online and our Director Linlee Jordan presented a Key Note speech in Malaysia.

The Your Health Your Choice campaign

Despite the fact that 70 percent of Australians make the choice to use natural therapies and homeopathy, our government is trying to reduce access to services, products, education and accurate information.

In Australia, while consumers fight to protect their right of choice, in Switzerland the Government has granted homeopathy equal status with conventional medicine. The Australian National Health and Medical Research Council (NHMRC) has ignored good quality, evidence-based research which shows complementary medicine is effective. When practiced alongside conventional medicine, this evidence shows it improves health outcomes and cuts costs for the healthcare system.

The Aurum Project put in a lot of good work to collaborate with the Australian Homeopathic Association which created the Your Health Your Choice campaign. The aim of the campaign is to get signatures for a petition. It is asking for a Senate Inquiry to scrutinise reports written by the NHMRC. Starting with the very first report that is now the subject of a complaint to the Commonwealth Ombudsman.

The Just One Drop Documentary

It was of great importance to us at the Aurum Project to host the Australian movie premiere of Just One Drop to get the ball rolling on setting up Just One drop screenings across Australia. Laurel Chiten the film maker examines Homeopathy and its history. She talks to parents and physicians who use homeopathy about their experience, and she included research and the controversy in Australia.

Hosting the Australian premiere of the Just One Drop homeopathy movie at the Dendy Opera Quays Cinema gave a boost to the community of people practicing and using homeopathy in Australia.

We have a great need to promote homeopathy in Australia because in the current climate, misinformation about homeopathy in the mainstream media is rife, so there is a need for clear communication that homeopathy works, it is used by millions of people, it is not placebo and it is generally a very safe medicine. This was all expressed so well in the Just One Drop film. We are proud to know that homeopathic medicine in Australia has been practiced throughout Australia since the 1840s.

The best definition of Homeopathy is simply that it is a form of holistic medicine. Holistic meaning treating the whole person, taking into account how they feel in themselves as well as their physical complaint. As a medicine homeopathy has been used for over 200 years to treat both acute and chronic conditions. Around the world, homeopathy is growing in popularity, different estimates say between 300-500 million patients worldwide use it:

It is clear that Homeopathy is well used worldwide, and this use has been carefully documented for 200 years. This documentation is one form of research. However, the use of other forms of research in homeopathy is a relatively new field. Around the world there is an ever increasing amount of modern research methods being employed. In Australia, we have the capacity to undertake observational studies  to answer questions about the clinical use of homeopathy.  This research can help parents in their decision making about healthcare options. While this research is important we also see the great value in the promotion of homeopathy.

Why do we need the Aurum Project?

Homeopathy is a complex topic to research. The complexities are not insurmountable and are worthwhile overcoming. Especially since it does seem that homeopathy may help provide answers to the antibiotic crisis problem and it generally seems to be a cost effective answer to increasing health care costs. Despite all the potential, there is no government funding for homeopathy research in Australia.

One goal of the AP is to research and share the knowledge of this easy-to-use medicine. With an increasing number of parents asking for help to reduce the use of antibiotics and keep their kids happy and healthy, sharing this knowledge becomes more imperative every day. 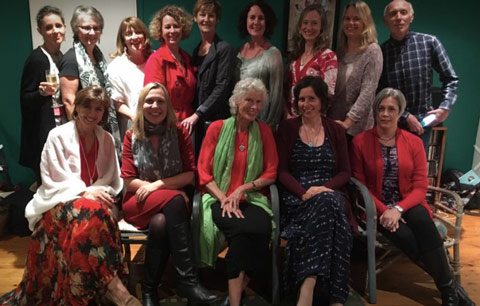 What did the Aurum Project undertake in 2017?