What do you need to survive?: Water, Air, Food, Facebook? If you included ‘water’ in your answer, you’re right. Water is crucial to life. In fact, your body is more water than anything else!

Did you know that your blood, bones and muscles are composed largely of water? A staggering 99 percent of the molecules in the human body are water molecules. That’s because the proteins and fats in our bodies are made up of water molecules. In fact, every cell in your body is filled with water. You can truly say we are born as water babies.

We all start from a single cell that divides over and over again, forming tissues and organs, ultimately creating a functioning human being. How miraculous is that, and how exactly does nature know what to do? The answer is ‘information’. Information describes the way our systems are organised, but information also directs the development of that system, from which ‘life’ emerges.

The work of Jacques Benveniste

Research into how water retains information comes not only form Dr Masaru Emoto’s work but scientifically from the late French immunologist Dr. Jacques Benveniste, who proposed a way of explaining how homeopathy works. Benveniste and his team at INSERM (French National Institute of Health and Medical Research) diluted a solution of human antibodies in water to the point where not a single molecule of the antibody remained in the water solution. Amazingly they reported that human white blood cells responded to the solutions just as though they had encountered the original antibody (part of the allergic reaction).

This is the first principle of Homeopathic medicine “The greater the dilution the stronger the medicine.” Information form the original substance is transferred to water, which when taken by a person needing that substance, acts as a catalyst to promote the body’s natural healing process.

The “Water Medicine” of the Solomon Islands is a 110 year legacy of Homeopathic prescribing “By Numbers.” It was first introduced by Christian Missionaries who were trained in London at both the Missionary School of Medicine and also at the former London Homeopathic Hospital. They learned to support themselves and their families, with homeopathic medicine, when sent to far flung areas of the globe to “Preach and Heal.”

When teaching local people how to use the remedies, the system had to be workable, practical and easy to use. So the homeopathic medicines were given a number instead of a name like Arnica. Sometimes instead of numbers, or names the remedies might be called after what condition they would help. For example arnica might get called “big hurt”.  In this very usable fashion, Homeopathy has supported the health of remote communities across many islands of the Solomons for over a century, simply, gently and effectively for acute and chronic diseases. 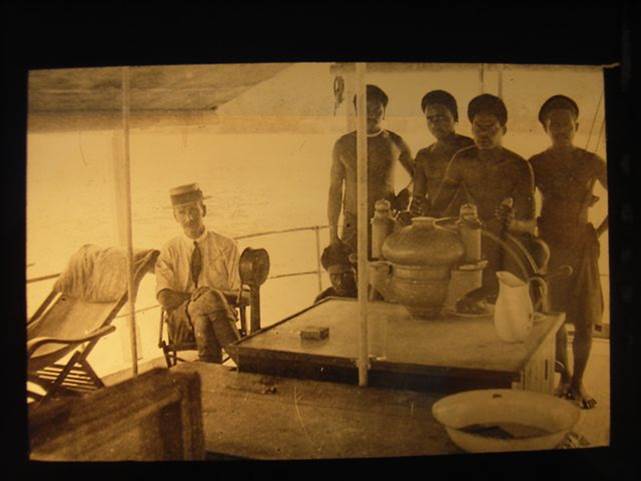 Northcote Deck (seated) introduced Water Medicine homeopathy to the Solomon Islands. He is sitting on the deck of the boat Evangel

Northcote Deck set up a hospital in the Solomon Islands 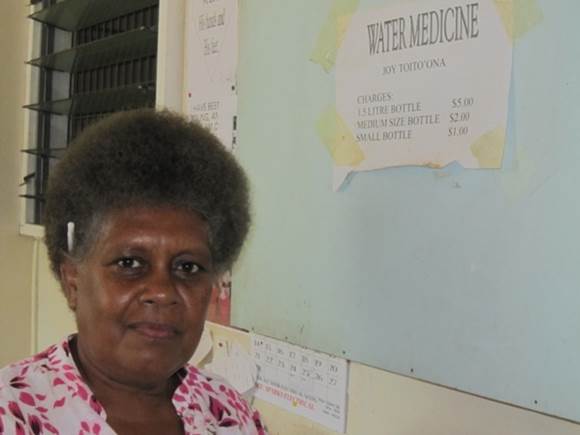 In the video below, Jane Lindsay who is an Aurum Project member, describes the one hundred year legacy of using ‘Homeopathy by Numbers’ in the Solomon Islands, which has enabled these remote islands to remain largely self-sufficient in their health care. Using this model, in the video, Jane explored the broader and potential global implications for the future use of homeopathy.

Following an initial visit in 2010 and setting up training workshops in 2011, Jane has recently been approached to return to the Solomon Islands to assist further in replenishing remedies, bottles & supplies, and teaching a new generation of village Pastors and health workers in our wonderful medicine that is Homeopathy.

They are looking to establish a working team to ensure longevity of this project & to potentially provide a base for further evidence based research. To find out more about this project for 2020 or to get involved, e-mail me Jane@janelindsay.com.au

Thank you to Aurum Project member Jane Lindsay for writing this blog about Water Medicine using Homeopathy in the Solomon Islands.