A year after the death of her brother, a little girl starts to ask strange questions, revealing the worries she has developed and her parents start to ask: “Can you use homeopathy for childhood anxiety?” Reading this beautiful homeopathy case history by Dr Muhammed Rafeeque, we can see why the Doctor felt emotional after the little girl showed such improvement after the initial treatment was completed. When you see results like this you know that using homeopathy for childhood anxiety treatment makes sense.

A little girl with great worries

A ten year old girl was brought to me by her parents. I have known their family for several years. According to her mother, the girl has been very anxious for a month and has repeatedly been talking about certain worries. The parents try to use soothing words but it never satisfies the girl, and every time they try to help it makes the situation worse. The younger brother died one year back during a cardiac operation done for the repair of a congenital heart problem. After that incident, the whole family was deeply affected, but gradually they adjusted to the situation. The husband and wife are from two different casts in India, and they got married in spite of strong opposition from both families. Hence, they had no support even during the sad time after their second child died. But somehow they managed the situation. The girl had also seemed ‘to recover’ from the emotional shock and the loss of her beloved brother.

But now, a year later, (for one month before coming for homeopathic treatment), the girl started showing extreme emotional reactions and worries. There is no visible reason for the recent change. She is repeatedly asking about her dead brother, even at midnight. She also feels that she is going to die like her brother. She often worries that she has some incurable major disease. The father confessed to me that her worries often seem a little strange. She seems awkward and her anxiety seems to come out of nowhere. Hence he has scolded her several times without realizing its impact on her mind.

When the parents were giving the case details, I observed the girl; she was sitting silently and looking down, without any eye contact with me.

I asked the parents to wait outside so that I could talk with the girl. I started by trying to make her more relaxed, and I asked her to tell me about her school and her best friends, etc. But, without giving a reply to my questions, she straight away asked me about her biggest worries in Malayalam, our local language:

“Doctor, what will happen if one cockroach reaches my stomach?”

“What will happen if an insect reaches by stomach?”

“What will happen if a button reaches my stomach?”

“If I swallow one needle, what will happen?”

“If I swallow the thread, will it kill me?”

“What will happen if the ink bottle reaches my stomach?”

When she stopped her list of questions which came one after the other, I told her, “Swallowing those objects could obviously create problems. But, since you do not have this habit, you need not worry.” From her facial expression, I could make out that my reply was not satisfactory. In fact, she did not listen to my words at all. Instead, she again continuously asked similar questions, and mentioned different household objects each time. To my surprise, she even asked about swallowing the large scissors used by her mother in her tailoring shop! This is what the parents told me about, she doesn’t stop.

It is said that we should not interrupt while the patient is giving the symptoms, but I had to interrupt her since I felt that she would not stop even after mentioning every man-made object in the room. I also had some cases waiting outside. I then called the parents and gave them suggestions not to scold her whenever she asks such questions. I also advised them to keep her away from horror films and such TV shows.

The following key symptoms of Ignatia were noted:

Without even going for a detailed repertorisation, one remedy came to my mind – the beautiful Ignatia. The death of her brother took place one year ago, but her recent emotional changes were as if it happened a few days ago. Again, Ignatia was confirmed. I prescribed Ignatia 1M, three doses, once a day to be taken on three consecutive days. 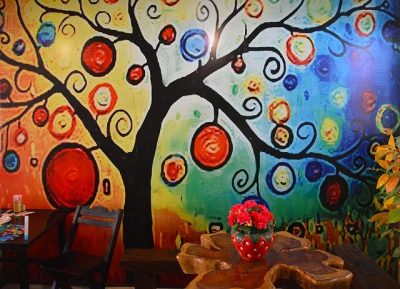 What more do we need from homeopathy?

After a few days, I got feedback from the parents that there was great improvement after starting Homeopathy. With three doses of Ignatia IM, she was freed from this acute exacerbation of all sorts of fears and the tendency to ask strange questions. Now, rarely she comes to me with seasonal acute infections like coryza, and is fine in all other aspects. In fact she seems much more settled than she has ever been. She has gone back to her school classroom and is also improved in studies, and what made me feel emotional is, she wants to be a ‘heart doctor’ so that she can save other children from dying! The Ignatia homeopathic transformed her negative thoughts into positive thoughts. What more do we need from Homeopathy?

Ignatia homeopathic: In traditional homeopathic practice, Ignatia amara is used in situations where the emotional element is uppermost especially due to the effect of grief and worry.

Anxiety is one of the most common life problems for children. Usually parents start to ask their child’s teacher questions about it when they notice that their child has anxiety disrupting their daily life. If it becomes entrenched then children may start to miss out on important social occasions and start to become depressed as well as anxious. They may develop relationship problems or engage in self harm or substance abuse. What should you look out for:

The last case history contributed to the Aurum Project by Dr Rafeeque was about the homeopathic treatment of lichen simplex chronicus.

About the author: Dr Muhammed Rafeeque is a Medical officer in the Department of Homeopathy, Govt. of Kerala, India. He is an international speaker, author of many Homeopathic books and more than 150 articles including this article: Homeopathy for childhood anxiety? He is a worldwide promoter of Homeopathy. Some of his books have been translated into French and Spanish. He also serves as the Institutional Review Board Member of the American Medical College of Homeopathy, also advisor of Homeopathy World Community and IRHFC, Canada. He has given lectures in Malaysia, Morocco, and various states of India. He has contributed many ideas to the field of homeopathy by including modern scientific methods without drifting away from the basic principles found in our Homeopathic literature.