Eighteen year old Mandy* presented to the Pilbara Natural Medicine Clinic in June 2017 with extreme fatigue and headaches. Suffering for a full two and a half years after developing glandular fever caused by the Epstein Barr virus, Mandy finally found relief with homeopathic medicine.

A very high achiever, Mandy had been so debilitated she was unable to complete her final term of year twelve and was currently studying for her science degree online. Just after her sixteenth birthday, Mandy developed a cold. She also had headaches and fatigue. Her condition deteriorated and seven days later she could not eat or drink, was photophobic, sleeping the whole day and, had painful cervical (neck) glands.

For a few months Mandy consulted various GP’s who tried to help by suggesting electrolytes and probiotics. Then crisis point was reached with Mandy being raced to the emergency department. “I felt I was going to die.” She was admitted, given IV fluids for dehydration and a blood test which revealed infectious mononucleosis (commonly referred to as glandular fever) (Rubric 1) caused by the Epstein-Barr virus and, low iron.

Two years later, June 2017, Mandy ‘couldn’t get out of bed’. She was sleeping for twenty hours due to headaches which ‘feel like there is no fluid in my brain, and my brain is knocking the walls’ (Rubric 2) ‘I want to sleep through the pain, lay down to sleep so I don’t feel it.’ Mandy was waking with very puffy eyes and face (Rubric 3) and the only time she had energy was when drinking alcoholic cider ‘it gives me energy, I can dance all night’ (Rubric 4). Mandy constantly worried that her whole life would be like this. (Rubric 5) 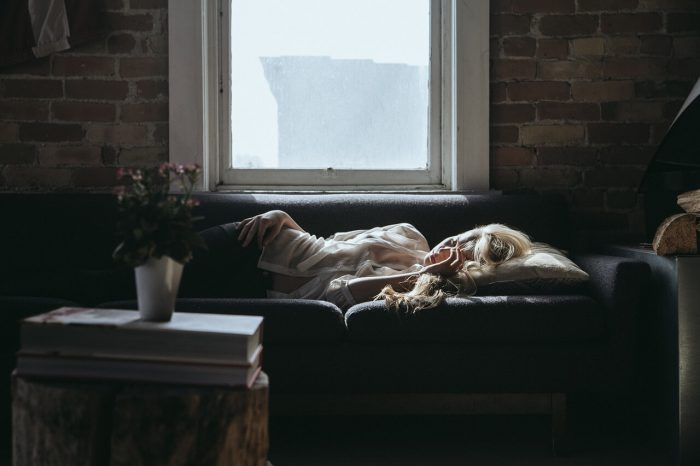 Mandy was always catching colds, had had to give up gymnastics coaching at the same time as being unable to finish year twelve because she was ‘catching everything going around’ and, had recently developed a bad case of ringworm (Rubric 6). Thirsty all the time, drinking around four litres of water per day, Mandy could not quench her thirst (Rubric 7) ‘feeling dry and dehydrated’ and only eating sugar ‘chocolate’ and ‘anything salty.’

Mandy consulted a naturopath who gave her a lot of supplements which she found hard to take; had been diagnosed with fibromyalgia and prescribed a drug which made her ‘feel even worse than ever’ and, was in line to see a cardiologist as ‘when I stand up my legs and head get hot and my heart beats fast like I’m unfit but I’m not.’ (Rubric 8)

Mandy would ‘feel sick to my tummy when fighting with my boyfriend’ and ‘feel like vomiting when sad or scared.’ ‘I don’t like being alone, I want Mum’ (Rubric 9). Mandy was very upset and had a bout of diarrhoea after her pet bird died (Rubric 10) and, has diarrhoea after eating creamy food.

Mandy had a medical history of iron transfusions which stabilised her iron levels but did not increase her energy, corrective jaw surgery and dental braces.

HOMEOPATHIC MEDICINE recognises mental, emotional and physical symptoms. Homeopathic medicine is prescribed in accordance with clinically verified symptoms – not on the indication that X medicine is known to assist with X condition so therefore might help Mr X’s problem – which is standard practice in other systems of medicine.

In the practice of homeopathic medicine, what is a rubric?

Homeopathic medicine has a systematic way of utilising a symptom via a rubric. A rubric is a clinically verified symptom found in the repertory – an index of homeopathic medicines by symptom. Repertorisation, the process of translating symptoms into clinically usable data is a scientific, systematised standard unique to homeopathic medicine which recognises mental, emotional and physical symptoms. The repertory used for this case analysis was: The Essential Synthesis. Edited by Dr. Frederick Schroyens. London: Homoeopathic Book Publishers and Archibel S.A. 2007.

RUBRICS in this case history found in the repertory ‘The Essential Synthesis’.

After repertorisation of the rubrics, Mandy was given a homeopathic medicine for people who have suffered attacks on the immune system, excessive weariness and weakness, mononucleosis, chronic fatigue, constricting sensations in the brain, headaches, immune deficiency and diarrhoea from emotions. She was given a 30c potency on 02 June 2017.

‘I feel a lot better in the day, less depleted, not so worn out. My headache came on, I took a dose of my homeopathic medicine and it went away.’ Mandy is now having headaches every second day which last for an hour and are very painful, described as ‘brain hitting skull, no fluid in my head.’ As is common in the analysis of a homeopathic case history, the rubrics were looked at again and changed slightly. (Rubric 1).

Mandy had been getting very angry and upset ‘it’s like when am I going to get better?’ (Rubric 2) and had changed her diet ‘trying to eat good stuff now.’ Mandy’s face and eyes were less puffy in the mornings and over the past three days found the energy to do a few sit ups and squats for the first time in over two years.

For the previous two weeks Mandy had been constipated having a bowel motion every two days with straining (Rubric 3) and cramping pains (Rubric 4) and, was wide awake from sleep tossing and turning at 3am and 4am (Rubric 5).

RUBRICS found in The Essential Synthesis on the second analysis

(1) Head; STRIKING; against the skull, sensation as if brain were.
(2) Mind; DESPAIR; health, of.
(3) Rectum; CONSTIPATION; ineffectual, urging and straining.
(4) Rectum; CONSTRICTION; stool, before.
(5) Sleep; SLEEPLESSNESS; night, 3am, after.

This time Mandy was given the homeopathic medicine Sepia, which is helpful for exhaustion, empty & hollow feelings ‘no fluid in my head’ and constipation. The remedy was given in a 30c potency on 16 June 2017.

‘I feel like a normal person again.’ Mandy is sleeping well for 10 to 12 hours per night ‘if I don’t have that much I feel s**t, I need a lot of sleep.’ Mandy feels tired when awake ‘I feel fatigued it hits me hard, I feel heavy.’

Headaches have not been as bad and now only occur when Mandy hasn’t had enough sleep. Bowel motions are regular with no constipation. Mandy has not had any of her initial homeopathic medicine for a couple of weeks now ‘I don’t feel as great without it, I want to keep taking it’ and, has a bad day, getting depressed, angry and feeling ‘why me?’ once a fortnight.

Mandy was instructed to take her initial homeopathic medicine when she felt she needed it as well as Sepia 30c once a week and here we added in extra support with combination Tissue Salts 6x to be taken twice daily.

Mandy has not needed any homeopathic medicine since 2017 saying ‘if it wasn’t for getting rid of the headaches I’d be stuck in that fatigue place, I wanted to sleep through the pain. I thought my whole life would be like that.’ Mandy gets a headache now only when sick, which is not often these days, or after too much sleep – more than eight hours. Happily Mandy reported that no heart abnormality was detected by the consultant cardiologist in 2017.

Mandy will complete her science degree in two semester’s time and gives credit saying ‘homeopathic medicine helped me to fix my diet, before it I had no energy to even care about food’ and ‘after homeopathic medicine it was easier to get outside in the sun to exercise.’

At the conclusion of our appointment Mandy asked for a hug saying ‘thank you so much, homeopathy changed my life.’

*Mandy, not her real name, has given consent to publish her story.

Is there research about homeopathic medicine for headaches?

Homeopathic treatment of migraine in children: results of a prospective, multicenter, observational study. A significant decrease in the frequency, severity, and duration of migraine attacks was observed and, consequently, reduced absenteeism from school. 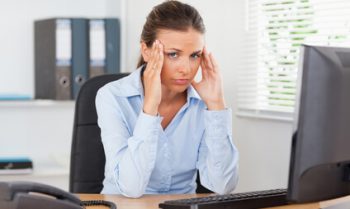 Observational study of quality of life in patients with headache, receiving homeopathic treatment. Over 60% of the cases experienced an improvement in pain and the limitations caused by pain, as well as in limitations in social activities and health in general.

To read another case history about migraines in children and teens on the Aurum Project website click here.

Epstein-Barr virus or HHV-4 is associated with infectious mononucleosis, also called glandular fever or ‘kissing disease.’ Referred to as ‘mono’ Epstein-Barr virus (EBV) distorts the white blood cells causing them to have only one nucleus and is one of the most common viruses worldwide. If infection occurs during adolescence or young adulthood EBV causes infectious mononucleosis 35% to 50% of the time. When younger children are infected, it causes little or no illness. Symptoms of infectious mononucleosis usually resolve within one to two months however, EBV or glandular fever in adults remains dormant or latent in cells in the throat and blood for the rest of the person’s life.

EBV can reactivate and is commonly found in the saliva of both healthy and infected persons. Clinical diagnosis is made via the characteristic triad of fever, pharyngitis and lymphadenopathy lasting for one to four weeks and, a blood test. Other symptoms may include swelling of the upper eyelids, photophobia, uvular oedema, nausea, anorexia, extreme fatigue, enlarged and painful spleen, dyspnoea, tachycardia, excessive perspiration, and a generalized rash.

The course of this disease has gradually lengthened as it increases in severity. In the 1930’s and 1940’s EBV was characterized by swollen glands and a sore throat, often occurring in autumn, and over in a week. By the 1960’s and 1970’s the disease was less selective in its time of onset, and could last two to three weeks. Patients were isolated and advised ‘no stress or alcohol’.

By the 1980’s EBV was evolving as recurrent episodes of swollen glands, pharyngitis, anorexia, extreme fatigue, excessive perspiration, dyspnoea and tachycardia, often affecting students at exam time, even students as young as nine, competitive athletes and high achievers. Many of these patients continue to suffer from constant or sporadic bouts of extreme weakness years after the initial onset of EBV.

Epstein-Barr virus has become one of a number of diseases included under the umbrella term diagnosis of ‘Chronic Fatigue Syndrome.’

This information about the history of EBV and glandular fever comes from: Vermuelen F. Monera, Spectrum of the Natural Kingdoms, Bacteria & Viruses. The Netherlands: Emryss Publishers. 2005. 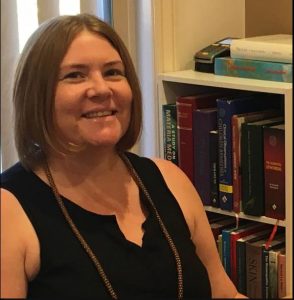 Sarah Penrose has studied and practised homeopathic medicine for fourteen years and has a full time practice in Karratha, Western Australia and worldwide via skype. Sarah is a registrant with AROH, an endorsed AHA mentor, a recognised Autism Support Provider with the Aurum Project and, currently studies with the International Academy of Classical Homeopathy. Sarah Penrose can be contacted via her website goodhealthforgreatlife.com

In this case history: Mandy, after suffering for a full two and a half years after developing glandular fever caused by the Epstein Barr virus, finally found relief with homeopathic medicine.