The mother asks “Why do people sleepwalk?” She reports that her son suddenly started having trouble sleeping and he started sleepwalking. He asks his mother for help during the sleepwalking and she is worried because he appears agitated but does not scream. This homeopathy case history is of a twelve year old boy whose primary complaints were: fatigue, sleepwalking, milk intolerance.

He seems fatigued, has recently developed definite intolerance to milk and possibly gluten as well. This occurred just as a sister happened to become severely ill. Various changes in diet have had no effect on his current state.

He is one of those children who get bored easily and takes offense at criticism. He complains a lot. The bored button is easily pushed. He cannot bear to sit in a room and do nothing. He is described as athletically and academically competitive, and he constantly tries to get the better of his father. He is willful and has trouble transitioning from one activity to another. When he was a younger child, he took to bossing other children. Currently he thinks of life as being a big competition and judges people as being either winners or losers. Can be loud and impolite. At the same time is reported to be easygoing in school, personable when that suits him and an excellent student. Is known to talk before he thinks and is a big complainer, the topic commonly being unfair teachers. 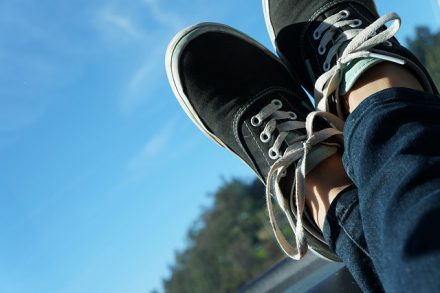 Parents are from two radically different ethnic background. Of perhaps greatest significance is the father’s history of respiratory ailments and allergies to dogs. Mother quite healthy.

Remedy given: Tuberculinum 200c because of his restlessness, constant complaining, sleep disturbance, overbite, but also the Tubercular background on the father’s side.

Effect of the homeopathic medicine – The family had traveled to Europe while the boy was on the remedy. During this time and thereafter the sleepwalking entirely stopped and he became able to drink milk without bad effect. At the same time he began to tease his sister relentlessly and developed symptoms indicating a shift into a non-Tubercular state covered by the remedy Calc Carb 200c: this included sweatiness of the head, weight gain, sensitivity to sad news, and a fear of heights.

Effect of the homeopathic medicine – The remedy had a wondrous effect on his general health and disposition. Following an aggravation involving a week-long bout with diarrhea, better energy, more varied diet, ruddier complexion, agreeable personality. Thereafter his development proceeded normally, given his native intellect and curiosity. Not surprisingly he wound up needing only an occasional dose of Sulphur 200c as of several months later.

The homeopathic remedies he has benefited from are Calc carb, Sulphur, Tuberculinum.

Sleepwalking is also called somnambulism. It happens most often during deep sleep but may occur in the lighter sleep, usually within a few hours of falling asleep, and the sleepwalker may be partially aroused during the episode.

In addition to walking during deep sleep, there may be:

The onset or persistence of sleepwalking in adulthood is common, and is usually not associated with any significant underlying psychiatric or psychological problems. Common causes of sleepwalking include sleep deprivation, sedative agents (including alcohol), febrile illnesses, and certain medications.

Jerry Kantor is the author of Interpreting Chronic Illness; The Toxic Relationship Cure; the Autism Reversal Toolbox; and  Advanced Academic Curriculum for Homeopathic Research Studies. He is certified as a Classical Homeopath (CCH) by the Council on Homeopathic Certification and is a member of the Registered Society of Homeopaths of North America.

As principal owner of Vital Force Health Care, a homeopathy and acupuncture practice, he specializes in pediatrics, mental illness, autism spectrum ailments, and autoimmune conditions. He also serves as Executive Director of the National Institute of Whole Health. He is a former Vice Chairman of the Board for The American Association of Integrative Medicine, headquartered in Springfield, MO. He is a former Board member of the Teleosis School of Homeopathy, and a former Board member of the Council for Homeopathic Certification.