The mother of an eight year old girl described her daughter as a font of eccentric ideas and everything in her world was either totally boring or so much fun. You would think the child would have many friends with this much enthusiasm, but sadly it has the opposite effect. Her intensity and “compulsive funniness” drives the other children away and she is isolated. The intensity also shows in her body because she suffers from urticaria with burning pains, allergies and restlessness.

This case history by practitioner Sigrid Lindemann from Germany was reported in Spectrum of Homeopathy J0urnal #1 2016.

The overexcited girl speaks very fast without pause, almost choking on her words. She tells how, when the urticaria gets bad she wants to distract herself and play. She gets so excited and stimulated then things tip over the other way and she becomes very tired and has to sleep. Her dreams are also full of “extra fun or something that’s actually forbidden.”

The child is prescribed the homeopathic remedy Cubeba and no longer deserves to be described as an overexcited child. The homeopath Sigrid says, “The excessively self-confident, compulsively funny young madam was transformed into a childish nine-year-old.” She is calmer, more relaxed and allergies and urticaria have not returned.

In this case, a good homeopathy definition would be: Homeopathy is a medicine which places importance on the story of the whole person and their emotions, alongside their physical problems.

Her favourite pastimes are dancing, singing, celebrations, parties and being amused and she has a passion for music. There is considerable intensity and despair when things are monotonous or boring. This mental excitement whether due to isolation, fear or being annoyed will trigger the urticaria.

Cubeba is commonly known as tailed pepper. It is one of the homeopathic remedies made from plants in the Piperacea family. In our diet, tailed pepper is no longer used as a spice, and has nowadays been almost completely displaced by the use of black and white pepper. 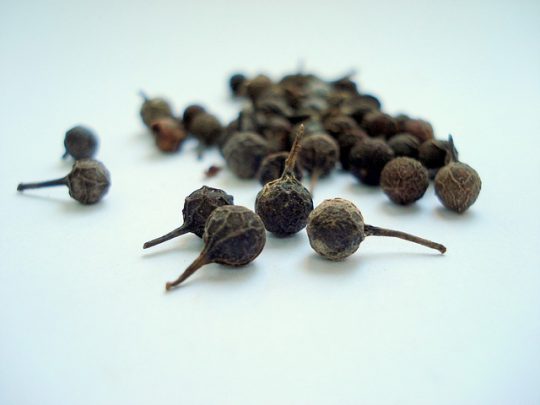 About 20% of people can have urticaria (also known as hives), at some time.
It can be triggered off by many allergens, substances, excitement or situations and usually starts as an itchy patch of skin that turns into swollen red welts.
The itching may be mild to severe. Scratching, exercise and emotional stress may worsen the itching.

The full case history of this overexcited young girl with urticaria by Sigrid Lindemann can be read in the homeopathic medicine journal Spectrum of Homeopathy Journal #1 2016 on page 18-21.