An achingly shy young girl weeps about the story of Sleeping Beauty so much that it becomes a useful clue in prescribing Pulsatilla (which as a matter of course banishes her bedwetting and growing pains).

This is the case of eight year old Prisha* who came to see me with the complaint of severe growing pains in her limbs. This was especially in the muscles of the leg and calf region. The pain was worse in the evening, worse lying down, worse from the slightest motion or touch and worse in a warm room. Prisha said she felt better if she was in a cold room, or on the application of water or any kind of cold application.

She had trouble with bedwetting. The young girls mother said “She wets the bed in the first half of the night. She also usually tells me about her dreams of ghosts and dark black animals coming to attack her and she says this makes her wet the bed. The dark frightens her. In the cold weather she passes urine quite frequently. Repeatedly I have confirmed that she wets the bed in the first part of the night. Prisha is also quite restless in the bed.”

When I probed into the school situation, I found that Prisha had a mean teacher who thought she was dyslexic.  The teacher would insult and humiliate her in front of the class. Prisha would be so stressed she would just withdraw from everything and her level of confidence really diminished. She was very sensitive to reprimand and rudeness. Her memory was also weak and she was unable to learn poetry and verses like the other children in her class of the same age.

Prisha had a past history of measles, mumps and recurrent tonsillitis. Her thirst was almost absent. Sometimes due to excessive weeping she would get a headache. Her complexion was pale and her lips were dry. Cheese and cold drinks were on her cravings list.

It is obvious in the consultation room that she is withdrawn and very shy, so instead of plying her with questions she is shown the collection of Jungian toys. They include giants, demons, witches, princesses, dwarves, wild animals, ghosts etc. She was asked to describe the fairy tale which touched her the most and she started talking about Sleeping Beauty. “She was the most beautiful lady to ever exist and I love it when the prince comes to the kingdom and kisses the princess and the princess comes back to life.” This has made such an impression on Prisha that she starts weeping at the end of the story.

Based on her details I prescribed Pulsatilla 200c and later 1M. Within a span of three months Prisha is transformed and is no longer bedwetting and the growing pains are much better.

This Pulsatilla case history is from page 113 from Glimpses of the Association Between Fairy Tales and Homoeopathy by Dr Farokh J. Master 2013 published by B.Jain Publishers. 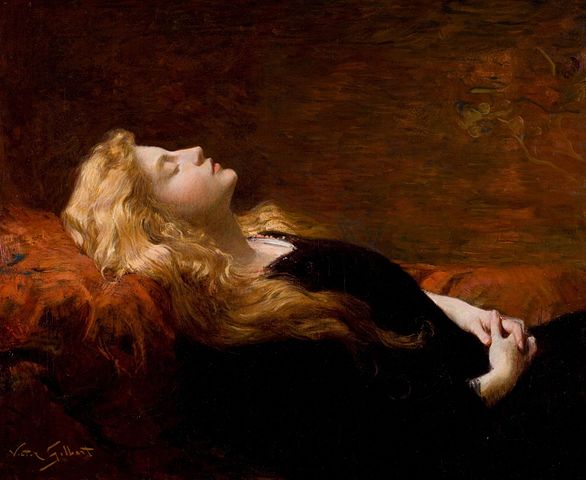 The symbolic interpretation of fairy tales and their relationship to the unconscious began with Freudian and Jungian analysts. Likewise, for the homeopathic practitioner understanding the symbolism and archetypes in Fairy Tales provides a wealth of information. If you want to really do this then search for a recent translation of Grimm’s Tales for Young and Old, translated by Ralph Manheim because older versions were often Christianised and sanitised and lack the juice of more accurate translations.

The way that some children or teenagers identify with a character in the story and the importance placed on the story may show a new way to come to the choice of a homeopathic remedy.

William Stafford the poet said the work of creativity is to follow the ‘golden thread.’ Something catches your attention, a feeling, an idea, or the events of the moment. The challenge is to pay attention to that subtle moment and follow it gently. As homeopaths we must roll out that golden thread with care or it will break. It requires patience and tenderness to listen when a child is talking about a favourite character on TV or in a Fairy Tale. There may be a notion which is at first fragile which will become more significant if gently allowed to unfold. The thread in the case of little Prisha is about innocence and Sleeping Beauty.

One saying goes like this: ‘A rose by any other name should be as sweet’. Roses symbolise innocence and they surround Sleeping Beauty’s kingdom. Sleeping Beauty is a fairy tale that has been told all over the world for well over 100 years, as a story of sexual maturation. Apparently, in those times long ago a majority of young girls would reach menarche at sixteen years of age. This is the age of Sleeping Beauty when she goes into a state of deep sleep due to the curse of the evil fairy. In her deep sleep she is protected from all suitors and therefore sexual encounters as well. Sleeping Beauty’s long spell of sleep may be seen as a metaphor for resolving her inner conflicts and she wakes ready to enter womanhood. In the end of the fairy tale she is kissed by the prince which breaks the spell and indicates that she is now ready emotionally, physically and sexually to get married.

Sleeping Beauty I would say is constitutionally Pulsatilla.

Although in this case history Prisha is not of puberty age, the remedy Pulsatilla is a preeminent remedy for the stage of puberty especially if it is a difficult time with ups and downs emotionally. Menstrual problems, PMS, amenorrhoea and dysmenorrhoea are all puberty problems well covered by Pulsatilla.  One of the main characteristics, is the ease with which Pulsatilla weeps especially when telling about her problems. Pulsatilla women, men and children may be sad, innocent, melancholic and tearful but not very introspective. A Pulsatilla patient makes their grief known to everyone near them. They seek sympathy. The patient is unselfconscious in their desire for and acceptance of comforting and consolation.

According to Catherine Coulter, “Remedies are the building blocks of the homeopathic discipline and their pictures remain forever valid.” They are classics, sometimes archetypes, instantly recognisable and handed down over the centuries. Catherine Coulter uses the word ‘portraits’ for descriptions of homeopathic remedies just as a portrait sculptor selects certain features to reveal his subjects true character so the same is true for the fairy tale figures.

The princess archetype in Fairy Tales

The moment one thinks about a Fairy Tale Princess the following themes arise:

Homeopathic Materia Medica has many princess remedies with a pleasing personality including Carcinocinum, Pulsatilla, Silica, and Phosphorus each one with it’s own characteristics.

According to the British Homeopathic Association, bladder problems are common and can be a challenge to even the most competent GP or specialist. Many will not resolve completely using con­ventional treatment alone. Homeopathy offers tremendous relief to those who have not found help elsewhere and should often be used first because of the absence of side-effects. Pulsatilla is one of many effective remedies for bedwetting.

When discussing bedwetting, it’s important to remember that children learn to control their bladders at different ages. At least 15 per cent of normal five year olds are still bedwetting and a smaller percentage of these children continue to wet their beds well into adolescence. In most children who are bedwetting, no medical cause will be found. It is very rare to find a physical problem in a child who is growing normally and doing well at school. For peace of mind, getting a medical opinion can be valu­able in excluding the easily treatable or serious causes of bedwetting. Bedwetting in a child who was previously dry needs to be carefully assessed, as there may be emotional stress (at home or at school for example) which brought on the bedwetting. 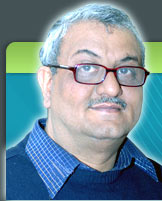 He holds seminars in Europe, USA, Bangladesh, Australia, and South Africa. He has written more than 50 books one of them being Glimpses of the Association Between Fairy Tales and Homoeopathy. Dr. Master is the originator of many recent new approaches and insights in homoeopathy. Although these ideas can often be very helpful to find the correct remedy in certain cases, he underlines the fact that, to have success, no one can do without a thorough understanding of traditional homeopathic philosophy and an extensive materia medica study. http://www.drfarokhmaster.com/