The little four-year-old girl with childhood eczema is obsessed with mermaids. She is asked, “What would be good about being a mermaid?” We expect her to say something else but she says “they go fast.” The peculiar characteristic of this little girl’s eczema, distinguishing it from many other cases of eczema, is that it appears in rings; the eruptions are definitely eczema and not ringworm, and are located in the typical locations for childhood eczema, in the elbow creases and behind the knees, as well as appearing on her bottom and sometimes on her torso. They do not appear to be particularly itchy since her mother does not observe her scratching much; she has been prescribed hydrocortisone cream, a common eczema rash treatment, by her GP. This case history is a living example of childhood eczema and constipation helped by homeopathy.

Physically the only other issue is quite obvious constipation; despite having been prescribed lactulose she only passes a stool every 2-4 days, and then only with a lot of straining and discomfort. The tendency to constipation has been lifelong, but has worsened recently. With regard to passing stools, her mother says, “She is very in control of it; it only happens when she decides it will.”  With the constipation, the stools are very hard and dark, often having a pellet-like ‘sheep dung’ appearance, as well being very smelly. 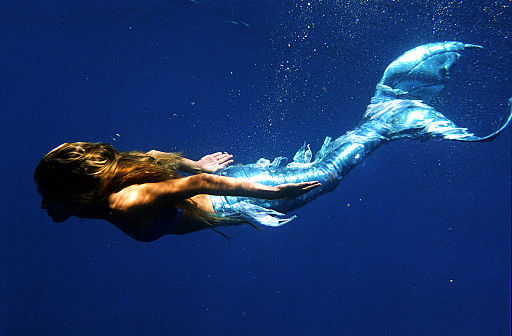 Her mother describes her as being confident and outgoing, clever, very quick to pick things up, and independent; she is quite precocious. She interacts with other kids well so long as they are doing what she wants them to do; her mother says, “She wants to be the boss, the one in control. She is definitely the leader, the pack leader; others gravitate to her and basically do what she says. She is a strong character, and I do think she is bossy. At times she can be a bit of a drama queen.”

She likes to draw and colour, loves swimming and dancing, and enjoys dressing up and role-playing. When I ask her mother if she ever talks about her dreams she replies that typically the dreams she speaks about involve being a princess or a mermaid. She likes watching Disney princess movies, among others.

In conversation with the patient herself she tells me she likes horse-riding and swimming. What she likes most about horse-riding is going really fast. I ask her about the drawing she has been doing while her mother has been speaking to me, and she tells me it is a mermaid. When I ask her to tell me about mermaids she says, “I like them because they go really fast, and that is all I like to do.” She goes on to tell me that what is good about going really fast is that you win races if you go really fast, and then the winner gets a trophy or medal. When I ask her what would be good about being a princess she says it would be having people doing various things for you, and when I ask her what would be good about being a mermaid she simply replies, “It would be lovely because you could swim really fast in the sea.”

In approaching this case I chose to focus on that which is most peculiar, clearly defined and of which I am certain, being a feature in no need of interpretation or conceptualisation, namely the eczema appearing in rings. To look for a remedy in our homeopathic materia medica with such a peculiar symptom I made use of the software Reference Works, a materia medica search engine which is able to trawl through hundreds of reference books and thousands of journal articles using very well-defined search parameters.

One of the very few remedies with relevant references is Sepia officinalis: Kippax, in A Hand-Book of Diseases of the Skin, and their Homeopathic Treatment, writes in relation to a case of eczema cured by this remedy, “Humid eruptions in the flexures of joints… Eruption in rings.” Allen’s Diseases and Therapeutics of the Skin also states that the symptoms of the Sepia picture includes ‘ringworm-like eruptions’ [ie eruptions having the appearance of ringworm despite not being of fungal origin] that appear on different parts of the body every spring [ie being of idiopathic origin rather than arising from infection]. 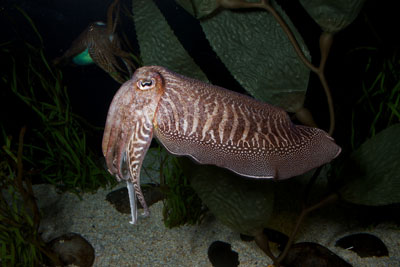 There is another remedy clearly listed as covering childhood eczema appearing in rings, Anagallis arvensis, the scarlet pimpernel, yet Sepia officinalis, the ink of the cuttlefish, was selected in favour of the former, a plant remedy, for the following reasons: The patient’s forceful, dominating and competitive nature, revealed in conversation both with the child as well as her mother, hints that this child’s state could be best mirrored by a substance derived from the animal kingdom, and probably an animal with a predatory nature, rather than some prey animal at the bottom of the food chain; the love of swimming, and the love of speed, particularly the idea of swimming fast in water, fits with the source of the remedy, the cuttlefish, which is a highly evolved predatory mollusc, a cephalopod, capable of moving at speed by means of jet propulsion (water being forcefully expelled through a directable siphon). Moreover, the patient’s desire for and capability of independence, her love of dancing and her constipation, manifesting as sheep dung stools, are all very much part and parcel of Sepia’s ‘genius’, (a remedy genius being a collection of essential core features which are repeatedly encountered in cases that respond well to that particular remedy).

Wonderful response to treatment with Sepia

Over the course of 13 months the patient received 4 doses of Sepia 200c and then 2 doses of Sepia 1M, with positive changes being seen after each dose. Treatment was discontinued at this point because the mother was satisfied that the desired results had been achieved. The patient’s skin was looking healthy; the only topical product being used was an oat-based cream which the mother continued to apply after baths, showers or swimming to the areas previously most affected. The lactulose had been discontinued and bowel motions were occurring on a daily basis; the only times they now got a bit hard and pebbly in appearance were when she had not really been having enough to eat and drink. The mother commented that her daughter was sleeping very well, doing extremely well at school, and was generally fit and healthy. The patient added that she now had a boyfriend!

The little girl in this case history has had constipation all her life and has benefited enormously from homeopathy when other methods had not helped.

Various types of holistic medicine often make an association between poor bowel function, constipation and skin conditions, along the lines that putrefying matter that is backing up in the gut, rather than being regularly excreted, can produce toxins that then find their way into the bloodstream and start interfering with skin function, as if the skin is struggling to take on a more eliminative role. General stagnation at every level, with an amelioration from vigorous physical activity, including dancing, is a key feature of the Sepia state.

Research about homeopathy and treatment for eczema in children

International research papers written about homeopathy as a treatment for childhood eczema have generally come to a positive conclusion in answer to questions about the outcome of treatment, including quality of life questions and patient satisfaction. When parents bring their kids for treatment with homeopathy it is found that Most cases of childhood eczema resolve when prescribed for on the basis of by careful questioning from the homeopath in combination with careful attention to follow up by the parents with no expectation of an overnight resolution.

When the patient’s presenting complaint appeared firmly resolved the treatment was stopped, on the understanding that the mother would seek my help again if this or anything else became a problem at any point in the future; it has been 8 years now and no further help has been sought!

Thank you to Bob Blair for contributing this case history of childhood eczema and constipation treated with homeopathic Sepia. 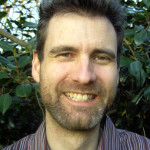 Bob is a practitioner and teacher of classical homeopathy who is passionate about sharing and passing on to others whatever knowledge and experience he accumulates from his practice, his studies and his research. Before becoming immersed in the contemporary Sensation Method, pioneered in Mumbai by Rajan Sankaran, Bob completed his postgraduate training with Jeremy Sherr’s Dynamis School for Advanced Homeopathic Studies; he now delights in synthesising information from a variety of sources and teachers, and in communicating different approaches to case-taking and analysis, adapting the process to suit the individuality of each patient. He particularly enjoys studying and teaching modern provings from the Sensation system perspective, and is keen to introduce others to the Synergy approach, which combines traditional and contemporary methodologies to achieve even more assured results. Bob mostly teaches in the UK, where he has clinics in Cambridge and Nottingham; he guest lectures at The Other Song Academy in Mumbai, having completed its first ever Teacher Training program, and delivered workshops on its behalf in Melbourne and Sydney in 2016. More recently he was one of the presenters at the inspiring 2016 World Institute of Sensation Homeopathy (WISH) Congress in Bucharest.