“Homeopathy is the safest and more reliable approach to ailments and has withstood the assaults of established medical practice for over 100 years.” Yehudi Menuhin, World famous violinist.

Sir Yehudi Menuhin (1916-1999) is well known as a world famous violinist but he also played the viola and was a conductor. He began playing the violin at the tender age of three years old and appeared in a public performance at the age of seven playing with the San Francisco Symphony. It seems he had music in him when he was born.

His brilliance as a performer and conductor was matched by his concern for humanity and, most impressively, his work as an educator. He was awarded the Lorraine Cross for playing to French troops during the World War II. He also played for survivors of the Belsen concentration camp. After the war, Menuhin, whose first name translate as ‘The Jew’, also showed his capacity for reconciliation and forgiveness by becoming the first Jew to play with the Berlin Philharmonic. Like his hero Beethoven, who said ‘old men should be explorers’, Menuhin remained a committed environmentalist and human rights campaigner until old age. But among these interests, his paramount concern was for the well-being of young people, with whom he said he had a particular affinity because he felt so youthful himself.

He was an artist who believed the music he played to be, quite literally, a form of human healing, out of which we might make peace with ourselves. 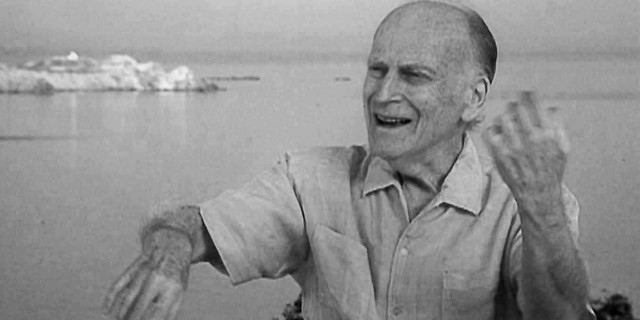 Due to medical problems he had from the strain of playing and performing and the associated travel, he started the practice of yoga and meditation. He also began using homeopathy as his medicine for musician injuries. The medicines he used were so successful that he went on to become the honorary president of the Hahnemann Society, a leading British homeopathic organisation.

Homeopathy is subtle, discreet and effective

Dana Ullman, author of The Homeopathic Revolution says that Yehudi Menuhin wrote to him in 1988 saying:

Homeopathy attracted me because it is so subtle, so discreet and so effective in approach to the whole human being, and I have certainly met some remarkable people who practice it. For me it is a personal preference as I try to steer clear of all doctors, as few have this commitment, and it is because I find that the world deals these days so much in terms of size and mass and volume and is always striving for bigger mass and bigger volume. The mentality that seems to dominate is meeting one mass with a greater one in order to overcome the lesser. This is, of course, nonsense, as any thinking human being knows, for it does not apply to human life. Many people close to me have benefited from homeopathy.

Some have considered Menuhin as an important early populariser of yoga in the West. Life magazine published photos of him in 1953, in various esoteric yoga positions.

In 1952, Menuhin visited India and the countries new Prime Minister, Nehru introduced him to B.K.S. Iyengar who at the time was unknown outside of India. It was Menuhin who organised Iyengar to go to Paris, London and Switzerland.

Menuhin gave us many of the best quotes on homoeopathy. 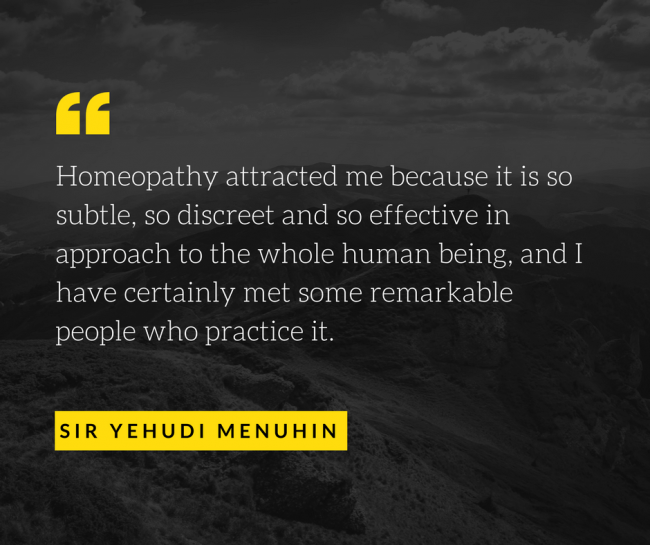