Marianne is an eight year old poet and storyteller and Titanic is an ant. This is a poem for our time and a poem for homeopaths. We got really inspired by this poem and wanted to share it with all of you, our homeopathic community. 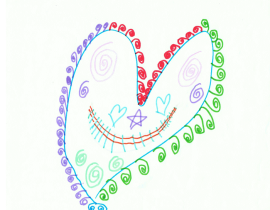 Linda Beaver is a homeopath who enjoys poetry, art, philosophy and music as well as homeopathy.