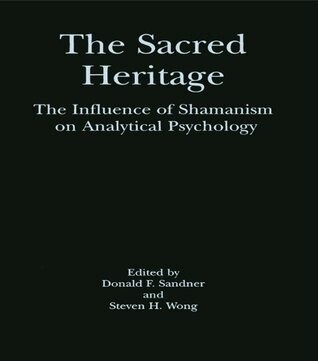 The sacred heritage: The influence of shamanism on analytical psychology* (Sandner)

Although in modern times and clinical settings, we rarely see the old characteristics of tribal shamanism such as deep trances, out-of-body experiences, and soul retrieval, the archetypal dreams, waking visions and active imagination of modern depth psychology represents a liminal zone where ancient and modern shamanism overlaps with analytical psychology. These essays explore the contributors' excursions as healers and therapists into this zone. The contributors describe the many facets shamanism and depth psychology have in common: animal symbolism; recognition of the reality of the collective unconscious; and healing rituals that put therapist and patient in touch with transpersonal powers. By reintroducing the core of shamanism in contemporary form, these essays shape a powerful means of healing that combines the direct contact with the inner psyche one finds in shamanism with the self-reflection and critical awareness of modern consciousness. The essays draw from the contributors'experiences both inside and outside the consulting room, and with cultures that include the Lakota Sioux, and those of the Peruvian Andes and the Hawaiian Islands. The focus is on those aspects of shamanism most useful and relevant to the modern practice of depth psychology. As a result, these explorations bring the young practice of analytical psychology into perspective as part of a much more ancient heritage of shamanistic healing. Contributors: Margaret Laurel Allen, Norma Churchill, Arthur Colman, Lori Cromer, Patricia Damery, C. Jess Groesbeck, Pansy Hawk Wing, June Kounin, Carol McRae, Pilar Montero, Jeffrey A. Raff, Janet S. Robinson, Meredith Sabini, Dyane N. Sherwood, Sara Spaulding-Phillips, Bradley A. Te Paske and Louis M. Vuksinick.