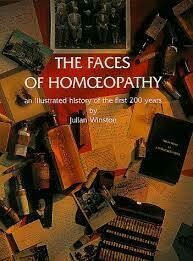 The faces of homoeopathy: An illustrated history of the first 200 years*

The history of homeopathic medicine as seen through the people who contributed towards its development. Focusing on homeopathy in the USA and in the UK, it traces the development of the practice through the 1800s, the decline thought the first part of the 20th century, and the resurgence in the 1980s.

In 1905, William Harvey King, MD, wrote a four-volume history of homoeopathy in the United States - The History of Homoeopathy and Its Institutions in America. It was to remain the only work on the subject for 66 years. Then, in 1971 Martin Kaufman wrote his scholarly work, Homeopathy: The Rise and Fall of a Medical Heresy. It was followed, in 1973, by Harris Coulter's Divided Legacy: Science and Ethics in American Medicine 1800-1914.

Coulter's book, told us nothing of the decline of homeopathy through the 1920s. Kaufman, while discussing the critical period of 1920-1960, saw little hope of homoeopathy surviving for more than another 10 years.

Yet, homoeopathy arose from the ashes in the early 1970s, and has risen to a place of prominence in the health care field, world-wide.

The Faces of Homoeopathy is the first book to tell the whole story - from Hahnemann though the contemporary homoeopaths in the 1990s. Through a narrative laced with 137 biographies and 365 illustrations, the history of homoeopathy, with a primary focus on The United States and England, comes to life.