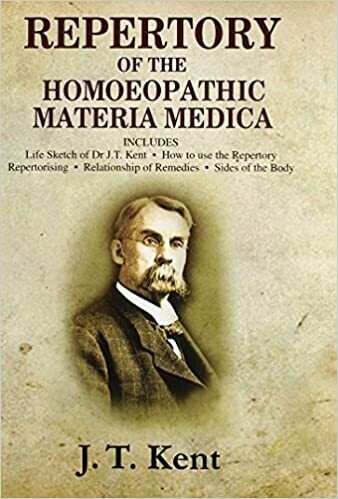 Kent's repertory is one of the most acceptable repertories amongst the homoeopathic fraternity. Kent's comparative repertory is a helping hand for the physicians and students alike to overcome the problem of understanding the exact meaning of each rubric and to differentiate amongst the closely related ones such as Abandoned and Forsaken - also the book is a guide for the selection of 'The correct remedy' as it details the different features of each of the third grade remedies under the given rubric. This faclitates the physician at the clinical level. The book well elucidates the most important section of the Kent's repertory which is the Mind section.

CONTENTS OF THE BOOK

Introduction
One of the many problems we face in practicing Homoeopathy is the conversion of the patient’s symptoms in the proper language of the Repertory of Kent. In order to overcome this problem, one should be able to understand exactly the meaning of each rubric. Once this task is done, it is easy to differentiate as many remedies as possible in the rubrics in order to pin point the one and only remedy the patient needs to get.

This book has been made with the purpose of helping you to study the Kent’s Repertory page by page, rubric by rubric and remedy by remedy wherever possible.

Mind is the most important chapter one should be thorough of. As a rule, we will consider emotional symptoms to be more important in hierarchy than the intellectual symptoms. It is an advantage if the symptoms are spontaneously told by the patient and it is dangerous to try to convince the patient of a symptom. When you induce symptoms in your patient, the reportorial result will be marvelous but the results will be deplorable.

Preface
The Repertory of Kent is still “the standard work” for the classical homoeopath of the 20th century. It is the first time that differential diagnoses are proposed for many of the rubrics.

Features of the repertory

There are three remedies in it in the third degree: Aur, Psor and Puls

This is followed by the key indications of each drug with relation to that particular state of mind.

Eg: In the rubric ABSENT-MINDED, after its meaning and the cross reference there are two parallel horizontal lines in between which is written as “ a new rubric to add”, under which the to be added rubric is given and its source, remedies and additions of the remedies with their sources.