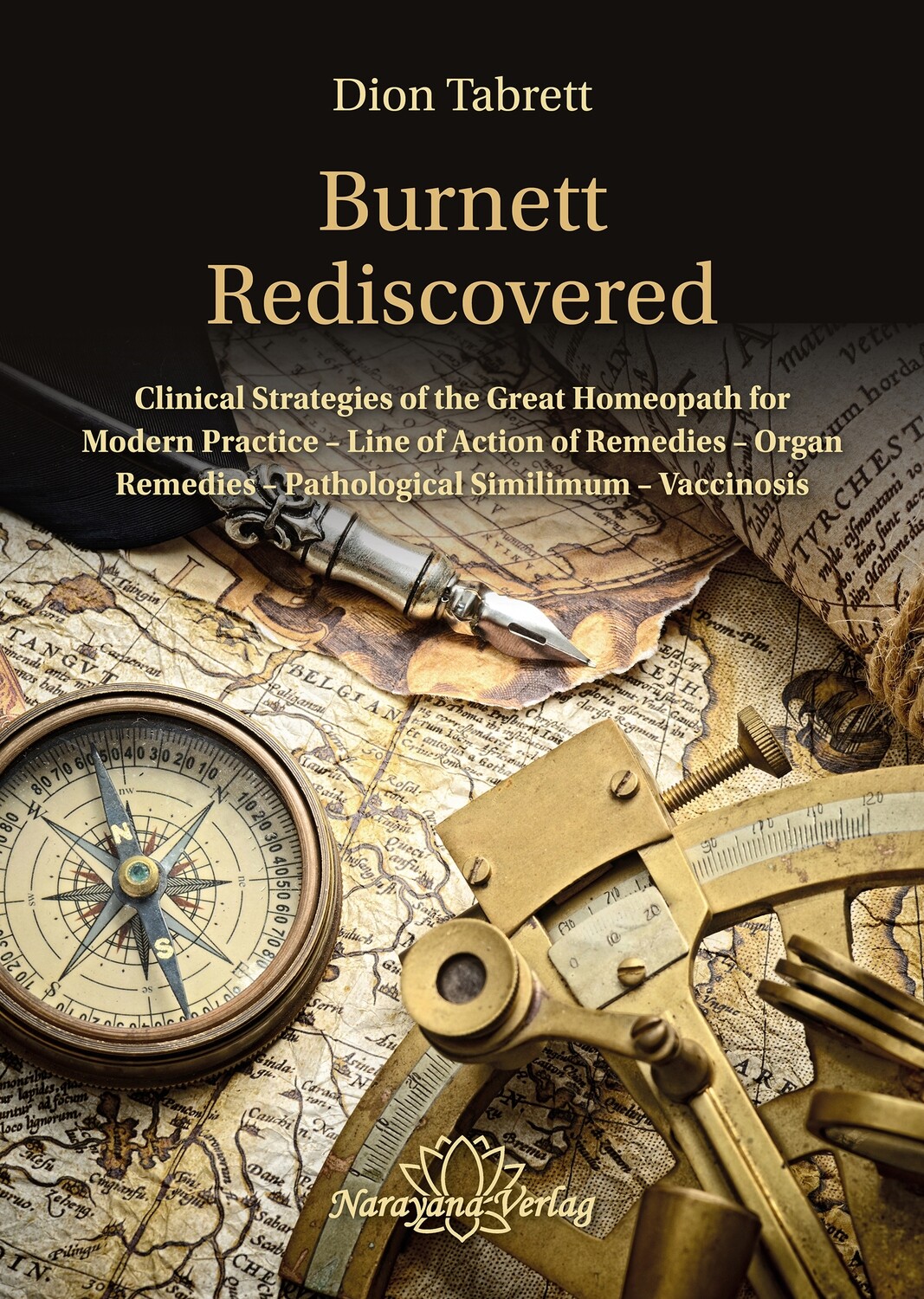 James Compton Burnett (1840-1901) was one of the greatest and most successful English homeopaths, renowned for his intrepid style. He was above all a practitioner, putting results above doctrine. This meant he was always ready to expand his knowledge and methods in unorthodox ways. His astonishing ability to heal even the most severe pathology demonstrates the validity of his ideas.

Dion Tabrett has been working in the tradition of Burnett for more than 20 years so he is the ideal author to pioneer the rediscovery of this venerable old master. In this book he presents Burnett’s therapeutic approach and showcases his versatility using current examples from his own practice. Tabrett thereby casts Burnett in a refreshing new light, elucidating the true depth of his thinking and highlighting its continuing relevance for our modern age. We see the old treasures vividly come to life once more in a contemporary homeopathic practice.

Burnett’s flexible therapeutic strategies for casetaking, analysis and treatment are presented systematically. Topics such as the clinical line of action of the remedies and organopathy are described, as is the prescription of alternating remedies. Burnett offered new definitions of the law of similars and showed the difference between a symptomatic and a pathological simillimum. He stressed the value of the nosodes, introduced new remedies such as Bacillinum and coined the term vaccinosis.

If you are looking for a fresh impetus to your homeopathic prescribing, this book may well be just what you need..

“Burnett was a therapeutic pioneer and master in solving complicated cases. He has been my reliable “Clinical Compass” for the last 24 years.”
– DION TABRETT

The book has been an idea for years, started making notes and ideas back in 1995 when living on a canal narrowboat. Then left it for a while but continued re-reading Burnett's books and lecturing about his style of prescribing.

Then a few years ago I spent one and a half years writing the book obsessively. Wrote every day. Got up at 5am on some mornings so could start without family being awake and distracting me. Stayed up late some nights until 2am for same reasons. Did alternate writing sessions with playing guitar and training martial arts and yes also a whisky or two if late at night.

Have read Burnett's books repeatedly for years but had to stop when near end of the book as just kept adding new information and re-writing drafts. Burnett himself warns authors not to be too perfectionistic and to be bold and draw a line and finish at some specific point rather than continue endlessly. For extra research I read Clarke's dictionary of practical materia medica all three volumes from cover to cover on three separate occasions whilst writing the Burnett book. It was all a very pleasurable experience and am staring the process again for the next book which is about Dr Francisco Xavier Eizayaga MD.

A review of the book.

I absolutely devoured this book. It’s well structured and it’s an exciting and smooth read. I think it makes a great supplement to “Best of Burnett” and encourages you to delve more deeply into Burnett’s work. It’s clear that Tabrett has done his research thoroughly, as evidenced by the numerous helpful quotations and cases. He also describes his own experience. The remedy descriptions of the organ remedies and nosodes are very good. A real pleasure to read!