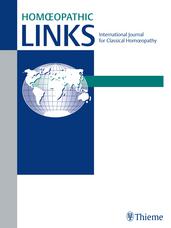 This proving or Homeopathic Pathogenetic Trial (HPT) of Melatonin 6x,  was conducted by the Aurum Project for Australian homeopathic medical research, on behalf of Keysun Laboratories, and was published in Homoeopathic Links 2011; 24(3): 193-194.

There is much confusion around the question of using melatonin for sleep problems and/or melatonin addiction. Opinions include the full spectrum between it being generally safe, non habit-forming and non-addictive; to warnings it should not be continued for more than two weeks; and using it to help withdrawals from other sleep medication addictions. If you read the full proving you will have much more information about what actually showed up in the proving including:

The original substance, Melatonin, chemically, is an indole, N-acetyl-5-methoxytryptamine, a derivative of serotonin, which in turn is derived from tryptophan. Melatonin is synthesized and secreted mainly but not exclusively by the pineal gland of all vertebrates and is described as a neuroendocrine transducer/ tranquillising hormone. This production of melatonin occurs in a rhythmic way and is stimulated by darkness and inhibited by light.

Page 7 Notes on the substance Melatonin

Page 36 Combined rubrics from all provers

The function of the proving or HPT is to create information as a source for materia medica. The validity and reliability of the information gathered from HPT’s are therefore fundamental for the success of homeopathic practice and clinical research. HPT’s are unique to homeopathy. Their purpose is to test a substance, in this instance Melatonin 6x, at a non-toxic level, on healthy volunteers. This is done to determine the symptoms it provokes and the type of person who may be sensitive to it and which, according to the Similarity Principle, it may be used to treat.

HPT’s have certain things in similar to Phase 1 trials for new pharmaceutical products: they are conducted on healthy volunteers but also there are important differences. The homeopathic doses used (in this case 6x) are too small to risk serious adverse effects and the data collected is mostly qualitative. Phase 1 trials intend, predominantly, to gather data about pharmacological data.

A proving is not designed to ‘prove’ that homeopathy works

The HPT is not designed to ‘prove’ that homeopathy works; but more to identify the effects of substances. They need to be replicated and then submitted to the rigorous process of systematic clinical verification, as suggested by Hering more than 100 years ago.

The remedies which are the subject of the HPT’s have historically been taken on a voluntary basis. This is crucial for Homeopathy, as it ensures unprejudiced results. The HPT can often take a great deal of time and can be a tremendous amount of work and there are many associated costs. Therefore, it is important that this proving has been supported by Keysun Laboratories and the Aurum Project. This financial and organizational support has therefore come from homeopathic sources: a homeopathic pharmacy and a homeopathic charity.

Main themes from the proving of homeopathic melatonin

Themes from the symptoms reported in the participants/ provers notes noticed after the completion of the HPT are included in the full document.

The full copy of this report is only available to paid members of the Aurum Project.