Thank you to our colleague, Mike Andrews for contributing these successful cases of homeopathic treatment of molluscum contagiosum to our Aurum Project website.

What is a molluscum contagiosum infection?

Conventional treatment is cryotherapy or curettage, but parents are generally advised to wait for it to clear up of its own accord which may take up to 2 years. It can affect a child’s confidence to uncover their arms or legs in public. It can itch and bleed from the itching.

What do homeopaths say?

Homeopaths view it as a manifestation of the sycotic misam (overproduction), although it could actually be accurately called pox virus molluscum. Remedies selected on a constitutional basis are generally found to be effective. I present here one longer case and two shorter cases illustrating the homeopathic approach.

Case one: A seven year old girl gets told she is brilliant at school, after having Silicea

Taking the case revealed a number of issues. She was quite timid; of slight build with blonde dull hair, large thick glasses and suffered with constipation. She loved animals, and drawing them, but was very nervous of them. She was nervous of any new physical experience. She had travel sickness on boats, in the car sometimes and didn’t like swings due to the sensation in her tummy. She was generally quite vulnerable and emotionally sensitive; crying at sad bits of DVD’s and sobbing in response to things said to her. She had bad dreams of shadows, monsters, dark under her bed. She could not stand the sight of blood; if she fell over she had a fear of someone looking at the injury. She was very babyish at times not wanting to grow up, fighting for her mother’s attention.

The papules were on the inside of her upper thighs. It had started eight months ago. Initially it looked like a mole getting bigger and bigger under her arm, and had got blotchy now. It was spreading on her legs. It had reacted to a plaster by getting itchy. She did not feel comfortable to go swimming.

Other symptoms included: a history of eczema on her head, a rashy bumpy face; and eczema  in the folds of her joints if stressed.  Constipation: she did not want to go to the toilet; parents had to tell her to go. Bedwetting at  night. “Can’t be bothered to go, controlling us” said her mother. She used to hide in a corner or  behind the table, took a long time to potty train. She had an anal fissure from straining as a  younger child. Lies to mother, says she has passed a stool when she hasn’t. Constipation  causes problems at school.

Since pneumonia aged two, whenever she gets a cold she coughs up horrible thick green mucous for a month afterwards; she gets colds 4-6 times per year.  Other symptoms included: very sweaty at night all over, hair is wet from perspiration.

Analysis of the choice of homeopathic remedies

I prescribed Homeopathic Silicea 200c. In my experience I often find the symptom ‘chilly in the day’ combined with ‘perspiration at  night’ in Silicea patients of all ages. Silicea does not have fear at sight of blood; however  Alumina does which is adjacent to Silica on the periodic table.  In the first follow up appointment 8 weeks later she had become more sociable with her grandmother. Her eczema got  better, then worse, and was now improving. There were a few new molluscum, but not on  new areas of the body. There was improvement in her bowel habit and tendency to catch  colds; she was no longer sweating at night. There was a return of behavior not  experienced for two years: hiding under the table; screaming and crying; hitting mum  and dad and slamming the door. She told me that her favorite story was ‘The Shy Rabbit.’  While symptoms were improving (and there had been a return of old symptoms) I decided that her prescription was ‘Wait’ and no remedy was given at the moment. 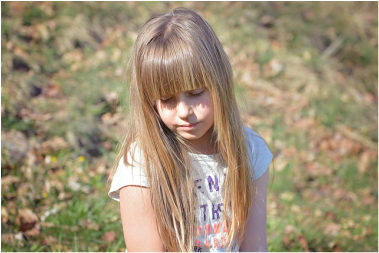 The next follow up was another five weeks later, 13 weeks since the initial Silicea 200c.  Her skin was no longer itchy and was looking good, less rough and red. There were no new  papules, one or two had popped and others scabbed over. Her mood had improved  and there were no tantrums. She had a cold, but it was short lived with no time off school and  only a little green mucous. Her bowels were no longer a problem. Still not sweaty at night.  Prescription again: ‘Wait’ because of good improvement.

Follow up after twenty weeks since the initial prescription and the molluscum is completely gone. Eczema right leg completely gone. At school brilliant, good  about going to toilet over Christmas, more willing than used to be. No bed wetting.  Moods been better generally. Nervous anxious tummy about a dog last week. Still not  sweating at night. Had a bad cold over holidays.  Prescription: Silicea 200c largely because of chest symptoms over Christmas .

Twenty eight weeks since starting treatment . She opened the consultation by telling me ‘I like everything’.  Molluscum completely cleared up, bit of dry skin on each side leg, some remaining scars  fading. She had flu last month, for the first time ever, fever and shivers; bit chesty, but chest  cleared without an inhaler being needed. She only coughed up green stuff once; it was 8-10  times per day when she had chest infections previously. She is going to the toilet much better.  At school fantastic no accidents for a month,  at home no accidents either. Have to remind her sometimes. Still gets nervous, for example  that her brother will get run over, or going down steps. Now able to reason with her, was not able  to before, overcoming her fears.  Again her prescription: wait .

I remained in touch with the family for several years and she remained well.  Although the molluscum took some time to completely resolve in this case, the child was  helped with many other chronic symptoms and finally had the  vitality to throw off the virus.

He has had molluscum contagiosum and chronic eczema since aged two. Molluscum on chin and under right arm. He was prescribed Morgan pure 30c single  dose. The differential diagnosis in this case was with Sulphur and Tuberculinum.  After three and a half weeks the spot on the chin was less and papules under the right arm  was gone! He continued treatment of his eczema with ascending potencies of Morgan pure  for several years.

Molluscum spots on right leg and knee, one on left thigh. Started  six months ago. Big ones itch. He had fears of beetles, insects and snakes. He had difficulty  with reading skills. Was independent and tidy. He was generally chilly, even wearing a coat in  the house, but could also suddenly get hot. He dribbled during sleep and the back of his head  was sweaty at night. Taking into account the extreme lack of vital heat, molluscum  and dribbling at night, along with other symptoms made for a clear choice of the homeopathic remedy Mercurius viv 200c but four weeks later there had been no change and more spots had developed. They looked  bigger and more angry. My second choice of remedy had been Silicea which I then  prescribed.  Three weeks later the molluscum were worse, more had come up and they were red and itchy.  One had burst and was bleeding. I prescribed the bowel nosode, Gaertner bach 30c three  doses over 24 hours, based on its complementary relationship to both Mercurius and Silicea.  A few months later, his mother reported that “It had all cleared up,  very good.”

Mike Andrews DSH RSHom has been in full time homeopathic practice since 1990. He has taught at many UK homeopathic colleges: London College of Classical Homeopathy, Purton House School of Homeopathy and on the BSc (Hons) Health Sciences: Homeopathy module at the University of Westminster. Mike has had articles published in The Homeopath, Smilia and on Hpathy.com.

He is the author of Homeopathy and Autism Spectrum Disorder: a Guide for Professionals and Parents (Jessica Kingsley Publishers 2014) and has written an eBook How to treat hay fever successfully with homeopathy. He practices in South Shropshire, London and internationally via Skype. He has been a director of the UK Society of Homeopaths since 2010.