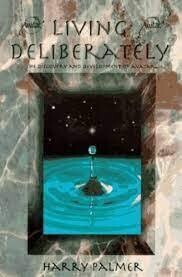 Living deliberately: the discovery and development of avatar*

Many people are trapped in mind-numbing routines.Their lives carom through a changing landscape of directions, rules, wins, and losses.

THEN, occasionally, someone wakes up and realizes, “Hey, I am alive.” This is an extraordinary moment. When it is examined, a seeker is born: “Life! What’s this all about?”

Could you even eliminate consciousness? Who, or what, would know if you did?

Have you ever been curious, or maybe even concerned, about the momentary experience of some unexpected or unusual mental ability or extra-normal state of consciousness. Maybe you were more than curious; maybe you sought to experience the mysterious state a second time.

The growing list confirms that more and more people are encountering phenomena that do not fit with their normal waking moments. Is something going on with consciousness? Is it experiencing its own evolution? A cosmic awakening?

Extraordinary consciousness phenomena occur spontaneously and do not always fit simple cause-and-effect explanations. People are unsure how to describe nonphysical events. Most of the terminology tends to be esoteric or vaguely fluid in meaning. Comparisons and categorizations are closer to art or analogy than to science. And just when an understanding seems imminent, the event, like a rapidly forgotten dream, fades into a haze of doubt. For a moment there was something unusual…wasn’t there? Word descriptions are a pale substitute for the real thing.

Instructions or practices that attempt to re-create the phenomena usually condense to some sort of backward be-do-have ritual that says, “Have faith, do this over and over, and maybe something might happen that you could describe as….” Unfortunately the universe does not work backward and the only result, from such rituals, are self-degradation, hypocrisy and pretense.