Covid statistics in the state of Kerala (India) compared to USA, UK and India

What changes have been made by government of Kerala to improve healthcare facilities and achieve what many developing countries could only dream of:

The importance of people’s participation and community in health care

The success of the present system started in 1996 when the People’s Plan Campaign for decentralised governance was adopted. In a democratic way, the system relies on people’s participation in planning and decision-making regarding local development. Working groups on health bring together community members, health workers and experts in a forum to plan projects together. These bodies of local self-government exist alongside the state government. This arrangement has been decades in the making, beginning with social justice movements which prioritised the welfare of the ‘Malayali’ over narrow caste and communal identities.

Kerala’s health policy design has long been informed by listening and learning from people’s experience of healthcare, rather than treating people as passive ‘targets’ of interventions. The government relies on a combination of transparent communication, people’s participation and empathy. This has measured up to the challenges posed by health emergencies such as the nipah virus and the coronavirus pandemic.

Kerala learned a lot from the Nipah outbreak

Nipah virus outbreaks in Kerala showed everyone that transparency is an essential part of communication with the public. Regular information was unflinchingly given out about the number of people under observation, numbers tested and deaths. This was no small thing because whilst Nipah virus infection may be asymptomatic in humans it also may cause a fatal encephalitis and has been described as “sort of like a new-age plague.” Nipah has no known vaccine or cure.

How do you communicate this to your population and stir them into taking the necessary precautions at the same time as not wanting to scare them senseless. So the Kerala Government decided on the path of giving accurate information in the press. This is remembering that they have total levels of literacy and that there is state wide pride in reading the newspapers daily. Mainstream media was co-opted and in another plus for Kerala, journalists literally try hard to ensure as much as possible that sensationalism is avoided and instead the emphasis is on accurate health education.

In Kerala, health care is easily accessible at the grassroots level in the form of Accredited Social Health Activists (ASHAs) who help people with minor ailments. The ASHA’s are local women who are chosen by the community. They work in their own village to help improve the health of their community and help increase access healthcare services.

Agi Mary Joseph is a Brisbane homeopath, who grew up in Kerala. She has seen first hand the impact the ASHA’s have on local people, especially marginalised people. She says “The ASHA’s are kind of like a volunteer but they do get paid. At present they are getting a minimum of RS 5000 a month. In rural areas there is one ASHA for every 1,000 people. They co-ordinate government health and social welfare programmes.” What is the ASHA worker training?  Agi Mary says “They are given training in modules, according to community needs. One ASHA I know has done 8 different modules so far – things like prenatal and postnatal care, communicable diseases etc. They look after pregnant women and babies and do home visits, in a very I’m-here-with-you way. People really like them, they  are well accepted. During the pandemic they have been going from house to house checking on people and delivering staples. At the beginning of the lockdown everyone, rich or poor, all got a kit of food. 15kgs of rice; tea; coffee; lentils; kerosene; hand sanitisers. This was initiated by the state government.” 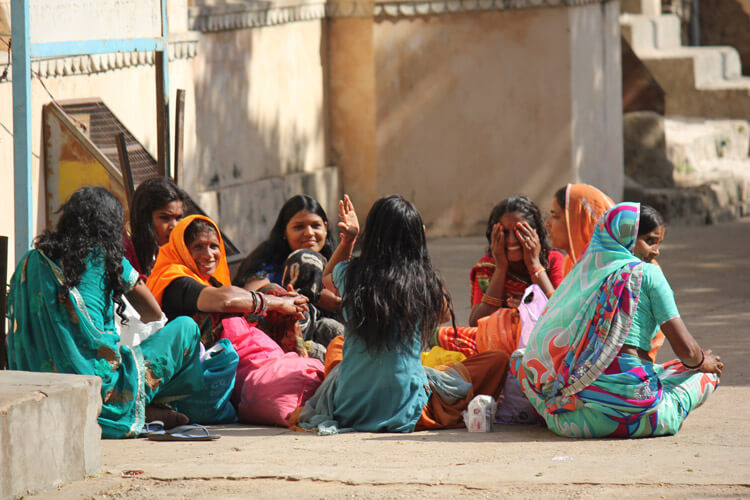 There have been articles saying that the Hon. Minister Shailaja Teacher who is the Minister of Health and Social Welfare of Kerala is the reason why they have such good statistics when it comes to the pandemic. She has even been called Coronavirus Slayer and Rockstar Health Minister. Perhaps she actually does deserve the accolades because the truth is Kerala came through two Nipah virus epidemics under her watch. This highly contagious disease for which there is no treatment, was a true preparation for managing Covid-19.

When asked about the Kerala Health Minister, Agi Mary Joseph said “Shailaja is really understanding. Everyone can see that she gets the job done and efficiently.”

Shailaja came from a lineage of freedom fighters with a background as a Communist and she was encouraged to study a Bachelor of Science and a Bachelor of Education. Her grandmother was a campaigner about untouchability. So as a child Shailaja grew up surrounded by activism when the ‘Kerala model’ was being designed. The foundations of this health activism in India were built from the start to include a decentralised public health system and investment in public education. So the Kerala model was ready to respond to Coronavirus. 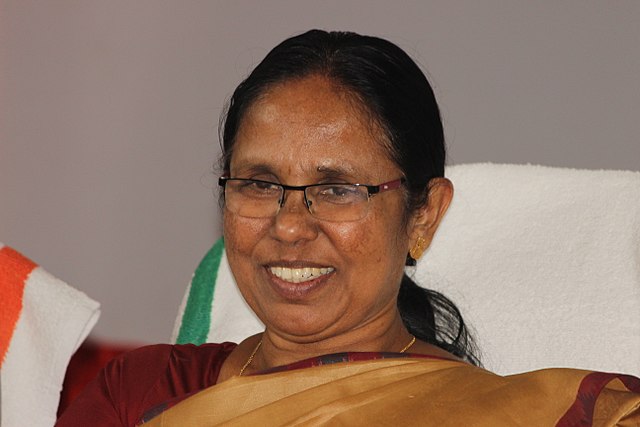 Hon. Minister Shailaja Teacher, is the Minister of Health and Social Welfare in Kerala.

Shailaja included the use of homeopathy in Kerala’s plan

Tactics used by Shailaja included encouraging the use of homeopathy. In a recent media meeting, she talked about the need “to improve the immunity and resistance power of each individual not yet positive to Coronavirus, with the help of Homeopathic/ Ayurvedic medicines. That will help them resist the Coronavirus infection, help them to tide over the infection well, if at all they contract it…… everyone should take Homeopathic & Ayurvedic preventative treatments available.” [thank you to Dr Sam Punnoose for this translation of a video of the press conference.]

According to Dr E.S.Rajendran who practices in Kerala “The total number of people who received the homeopathic preventive medicine Ars alb 30 through Kerala government as on June 1st was 10 million. An equal number of people have also received the same through voluntary organisations. The remaining population is expected to receive the preventive medicine in another one month.” This distribution was carried out in each district with the help of resident associations and was achievable because there is a huge demand for homeopathy from the people. 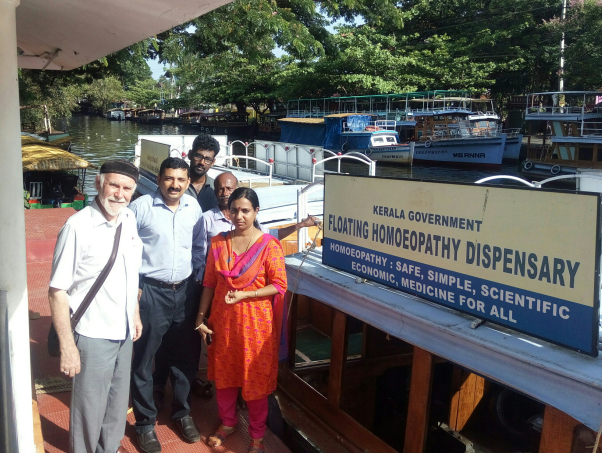 For the past five years they were successful in ‘contributing a remarkable role in prevention activities.’ According to RAECH, the efficacy of Homoeopathic prophylaxis medicine in prevention of epidemics was well established during an epidemic of Chikungunea.

The people and the government of Kerala has appreciated the work of RAECH in prevention of Cholera, Gastroenteritis, Japanese encephalitis, Dengue, and Chikungunea.

To summarise, Kerala health care deserves the praise it gets. It has achieved a lot through decentralised governance and people’s participation in community development as well as the use of homeopathy as prevention. As with any state in India there are remaining challenges and progress continues towards making health care affordable, accessible, respectful, sustainable, harmonious and responsive, especially in epidemics.