Linlee Jordan, on behalf of The Aurum Project, gave a keynote presentation at the ATMS Summit 2013 titled ‘Homeopathy Improves Your Quality of Life: Revelations from recent research’.

An observational study, is a study where investigators record what happens without influencing the course of events. It may be a case report or a clinical outcome study designed to describe what happens under real-world conditions, rather than during the artificial conditions of experimental trials.

Several good-quality observational studies suggest that homeopathy may be useful in averting the need for other treatment, such as antibiotics for acute otitis media and Ritalin for ADHD. In one study, involving 230 children who had acute otitis media and were treated with homeopathy, 72% were pain-free within 12 hours, a resolution rate that is 2.4 times faster than reported in other series. No complications were observed, and there were potential cost savings. In a study of similar design, 115 children with ADHD received homeopathic treatment. After 3.5 months, 75% of the children had responded sufficiently not to require Ritalin, with a mean clinical improvement rating of 73%.

In 2011, the Swiss government published a report, which has become known as the most comprehensive evaluation of homeopathic medicine ever written by a government. It reviewed randomized double-blind and placebo controlled clinical trials; systematic reviews; meta-analyses; epidemiological research; the humble observational studies; safety and cost-effectiveness. The report has been described as groundbreaking in that it did not dismiss the evidence of ‘real world effectiveness’ as being the bottom of the ‘evidence hierarchy.’ 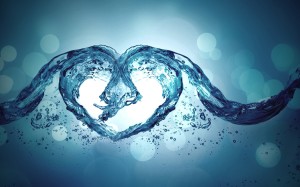 This review carefully evaluated the quality of design and execution (called “internal validity”) and how appropriate each was for the way that homeopathy is commonly practiced (called “external validity”). The subject of external validity should not be brushed aside because some research on homeopathy is conducted with little understanding of this type of medicine (some studies tested a homeopathic medicine that is rarely used for the condition tested, while others used medicines not commonly indicated for specific patients).

Most importantly if we put aside the knowledge gained through research and just ask patients in our clinics: “How are you doing?” we get interesting answers.

Either they are one of the percentage who has had measurable improvement or they are not. If they are not, we still hear time and again that even though their xyz symptoms seem no different they feel better in themselves.

The perspective they have of their disease has altered. Their quality of life has improved. This is the very information which the Swiss report used in decision making to affirm that homeopathic treatment should be reimbursed by Switzerland’s national health insurance program.