We all know that the scarecrow in the Wizard of Oz was made of straw and that he was lacking a brain, but have you ever put the connection together that some part of the straw from the corn plant (corn silk) has a neuron-protective effect on the brain?

Scarecrow: I haven’t got a brain… only straw.

Dorothy: How can you talk if you haven’t got a brain?

Scarecrow: I don’t know… But some people without brains do an awful lot of talking… don’t they?

Research in 2014, showed that corn silk has an antioxidant and neuron-protective effect on the brain. The scarecrow had his own medicinal straw stuffed up his sleeves.

Corn has been used for food, ritual and medicine since the Aztecs. It was a symbol of protection, luck and wealth and was at the centre of art and religious life for many American Indian tribes. The overplanting of corn in the USA is a recent monocultural phenomenon.

Corn is rich in essential fatty acids, which helps the rebuilding of cells, and hydration of the epidermis. It contains silica, B vitamins, PABA, and small amounts of iron, zinc, potassium, calcium, magnesium, and phosphorus. 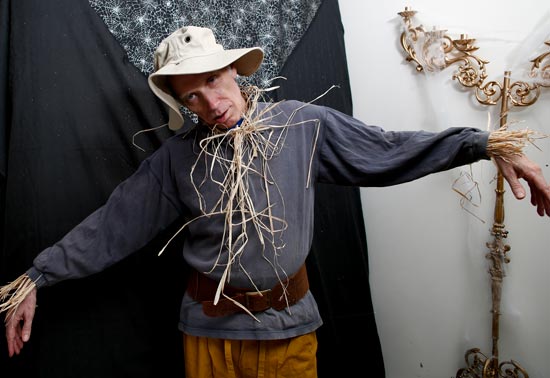 In The Wizard of Oz, the Lion lacked courage. In the Lac leoninum remedy, there is a theme of royalty, being a person of high standards, but with a fear of losing this power. This results in feelings of being inferior, cowardly and fragile. The flip side of being the king or queen is to be a lowly pauper, dependent on the pride for everything and being dominated by the current king—or turned out to fend for oneself. Thus, the person who needs Lac leoninum reacts with anger, violence and pouncing upon one’s enemies, having a desire to hit, especially when there is a feeling of hurt pride. Little children might growl like a lion and have a very loud voice especially if they are feeling like they are in a battle for respect and they will be quite sensitive to any perceived insult.

From the studies, we have learnt that any milk remedy will centre around dependence/ independence, nurturing/ lack of nurturing, a feeling of having suffered wrong and the suppression of natural instincts in order to be able to harmonize with the group to which one needs to belong. This sense of belonging will add a person’s confidence and therefore courage.

There is also sympathy and the desire to help others, like a good king. The person who will benefit from Lac leoninum will think they are the king of the jungle. They will be seen as strong, responsible people who are committed to justice. They are often the only child or first born.

The two sides of the Platina remedy profile fit Glinda the Good Witch: the suppressed side which has a tremendous fear of evil and emotional messiness, and the silenced side which feels misunderstood and enraged.

Platinum is an expensive metal and the indications for its use in homeopathy are centred on this sense of being special. Actually it is more than being special, these people are likely to feel both superior to others and cut off from others.

The child who would benefit from the homeopathic remedy called Platina is easily bored and will shut her­self in her room saying everything is bor­ing. One focus for this might be eating. Lots of children are fussy eaters, but the child who needs Platina takes this to another level. They often have a strange insistence on the position of food on the plate eg: to insist that two kinds of food on a plate don’t touch.

Platina works well for those who put a great deal of pressure on themselves, and for those that may feel disappointed when they don’t see things through. It is often used by those who have a feeling of entitlement, whereby they feel that they deserve things in life that they don’t always get. Platina is given for a wide range of physical symptoms – not limited to obesity, bell’s palsy, herpes, addiction profiles (alcohol/ drug/ video games, fame, and sex).

In 1987, David Williamson wrote a play about Sydney. In the play one of the characters describes Sydney as the ‘Emerald City of Oz’, a place people go to expecting their dreams to be fulfilled.

The emerald is a gemstone coloured green by trace amounts of chromium and sometimes vanadium. Any gemstone, so strongly imbued with radiance and colour, stands apart from more common substances. The ancients thought them to be of supernatural origin. They are the product of a remarkable transformation of common rocks under heat and pressure, often deep within the Earth.

The method used to prepare a homeopathic remedy from emerald starts by immersing a crystal in water for 24 hours called the “immersion method” and medicines made from gems are prepared in this way. This ‘gem water’ is then prepared using homeopathic methodologies.

In the story of The Wizard of Oz, Glinda advises that if Dorothy wants to go home, she should find the Wizard of Oz in the Emerald City. However, when they finally arrive, although they are awestruck by the intensity of the city’s magnificence, the Wizard of Oz frustrates them because he declines to help them until they bring him the broomstick of the Wicked Witch of the West.

The homeopathic remedy Emerald, is indicated when one feels that their potential and desire for expression is trapped and needs release. This is often associated with frustration related to one’s own incapacity or situation.

The freeing of this feeling leads to a sense of strength and an ability to undertake tasks or journeys that seem insurmountable. It is excellent for migraines and has an action on the cardio-vascular system and digestive tract.

This was not your usual type of fundraising party; attendees were awed by an array of insightful homeopathic information, nourishing food and drink, live music and entertainment in a Emerald City that would have made the Wizard of Oz proud! The homeopathic remedy called Lac leoninum was the topic of the guest speaker.